Catholic RUC Detective Constable Patrick McNulty was murdered outside Desmond’s Garage on the Strand Road in Derry/Londonderry at 9am on Thursday, 27th January, 1977 by two Derry Brigade IRA gunmen.

He had made an appointment under the name of ‘Murphy’ for a service for his car and had only arrived at the gates of Desmond’s when he was shot multiple times at point blank range through the driver’s side window.

He was killed instantly by four .38 revolver bullets that were later recovered from his body – he was also shot a number of times with .223 ArmaLite rifle rounds which would have passed right through his body.

It’s an already well-publicised story that two self-confessed Derry Brigade IRA volunteers – Eamonn MacDermott and Raymond Pius McCartney – were charged with his murder, convicted, sentenced and spent 15 and 17 years in prison before later claiming that a degree of ill-treatment by RUC interrogators invalidated their convictions. 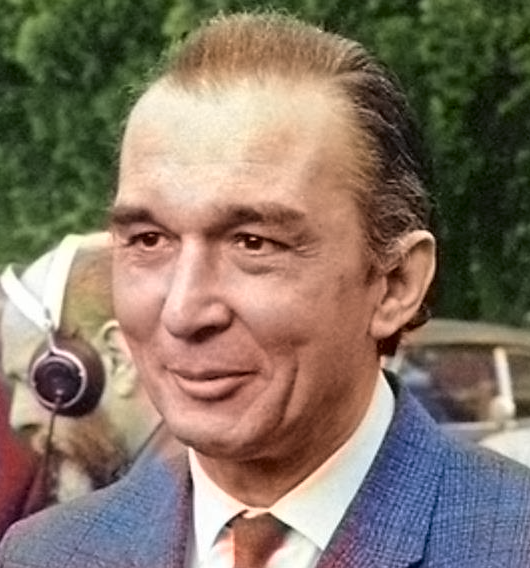 MacDermott was also convicted of the attempted murder of a British soldier.

Both McCartney and MacDermott were convicted of IRA membership.

In fact, MacDermott and McCartney’s legal challenges highlighted more the fact that their interrogators had ill-treated two other Derry republicans to a degree that could not be doubted – John “Shortie” Donnelly and Hugh Brady.

While “Shortie” Donnelly had initially been charged with the Agate murder and causing an explosion based on admissions he made during interrogation, and while Hugh Brady had made no such admissions, prosecutions against Donnelly and Brady were never pursued – largely owing to claims and evidence of ill-treatment – and the appeal courts were asked to consider whether the same police officers or related officers might have similarly ill-treated MacDermott and McCartney.

After legal challenges, IRA volunteers MacDermott and McCartney had their convictions overturned and, after further legal arguments, were compensated to the tune of over – it is said – £1M each.

In recent years, it has been usual to read that MacDermott and McCartney were “sent to Long Kesh” in the early 1970s before their 1977 convictions for murder, almost as if they were non-violent political prisoners – the records of their early 1970s convictions for IRA arms’ offences are almost never mentioned.

Their Open University profiles, for instance, are examples of the ‘disappearance’ of their early IRA arms’ convictions:

No gun arrest for you either, Eamonn?

Raymond Pius McCartney was arrested in October 1972 along with James Pius Gallagher and Martin Patrick Gallagher in possession of a machine gun, a pistol and 33 rounds of ammunition at Beechwood Avenue.

McCartney refused to recognise the court and was later sentenced to 6 months imprisonment for a surprisingly reduced specimen charge of possession of a single bullet.

After his release, he ‘went on the run’ before being re-arrested and interned for 18 months before being released once more to the ranks of the IRA toward the end of 1975.

McCartney’s IRA activities between then and the later murders of Patrick McNulty and Jeffery Agate in January of 1977 only he knows and hasn’t detailed.

McCartney volunteered to The Bloody Sunday Inquiry that he joined the IRA in February of 1972 just after Bloody Sunday when – as he has regularly noted in media interviews – his cousin Jim Wray was shot dead.

McCartney joined the IRA after the murder of cousin Jim Wray

This was McCartney the blowhard playing to the audience – when McCartney was arrested and questioned in October 1972, he allegedly told everything he knew to his RUC interrogators without any claims of ill-treatment – or so leading Derry republicans claimed after certain papers came to light during the Bloody Sunday Inquiry.

A heavily redacted statement introduced into the Bloody Sunday Inquiry was quickly linked to McCartney not least because of the tell-tale line at the beginning referencing joining the IRA because of the shooting of Jim Wray:

An unnamed IRA volunteer informs on his comrades

A leading Derry republican has publicly challenged McCartney about the information he allegedly gave to the RUC back in 1972 and has published his disparaging views about McCartney openly on Facebook:

Kathryn Johnston, co-author with her husband Liam Clarke of the book “Martin McGuinness: From Guns to Government”, told the Bloody Sunday Inquiry that McCartney and William McGuinness had intimidated would-be witnesses to the Inquiry:

In fact, when it comes to barefaced lying, McCartney does it with style – in August 2011, McCartney claimed on BBC’s Talkback programme that an Op-Ed in The Derry Journal newspaper on July 19th had been penned by him – he did this in spite of the following facts being put to him:

No lie is too big for Raymond McCartney

Confronted even by the fact that it appeared 5 years earlier in the IRA newspaper An Phoblacht under Mitchel McLaughlin’s name, the bold Raymond was not deterred by any allegiance to Truth – what’s a lie anyway when it’s for The Cause?

For a new IRA recruit in 1972 who claimed to know all about the IRA’s leadership in Derry, how much more must McCartney have known about the slimmed-down IRA of 1977 after 5 more years of service and various promotions up the IRA hierarchy – surely McCartney knew who gave the orders for the murders of Detective Constable McNulty and unarmed civilian Du Pont chief Jeffery Agate?

Why should McCartney not tell – since he has been added to the Stormont Justice Committee once again – who gave the orders for the murders and who carried them out?

Why should McCartney not condemn the murders and murderers of Detective McNulty and Jeffery Agate if he is to hold a Stormont Justice Committee position?

Is Raymond McCartney fit to hold a Justice Committee position?

[A day after this post was published McCartney resigned from Stormont to make way for fellow IRA volunteer Martina Anderson who had lost her seat in the European Parliament following Brexit.]

Eamonn MacDermott was born into a republican family a short distance from the Strand Road on Clarence Avenue. His father was a prominent doctor.

Eamonn’s slightly older sister, Deirdre, was famously arrested in January 1973 in the Sligo area with leading IRA men Leo Martin (Belfast), Thomas Ashe Mellon (Derry) and Derry girl Marian Coyle (who would later become infamous as co-kidnapper – along with Eddie Gallagher – of Dr. Tiede Herrema) after a rifle, ammunition and £5,000 in cash were found in the car.

When IRA leader Leo Martin took responsibility for the gun and ammunition – getting a 3 year custodial sentence – the others were released.

Dr. MacDermott, for all his republican beliefs, got Deirdre offside and the last I heard of her she had been transported to Philadelphia in the US of A where she remains.

Eamonn MacDermott was arrested for the first time in April 1974, convicted of possession of a gun in November 1974 and was sentenced to 3 years imprisonment which he mostly served as an IRA prisoner with ‘special category status’ in Magilligan prison.

MacDermott was released in April 1976, nine months before he was charged with the murder of Detective Constable Patrick McNulty.

MacDermott has declared in an interview that his IRA career began with the deliberate practice of lying – he recounted lying to his family:

MacDermott began his IRA career of lying for The Cause…

Why should MacDermott have been arrested at all?

MacDermott was working as a petrol pump attendant in Desmond’s Garage and, as a convicted IRA gunman, was the primary suspect for the Desmond’s Garage employee who leaked details of the Detective’s appointment to his IRA murderers.

Far from being brutalised, it was noted in evidence that MacDermott, when examined by doctors including his own father, exhibited no signs of significant injuries:

In recent years and in spite of being compensated for wrongful conviction, MacDermott has appeared to indicate that he was in fact guilty of his part in the murder of Detective Constable Patrick McNulty.

When challenged about the murder of Detective McNulty in an interview he gave to Rogelio Alonso, MacDermott declared (with a rush of IRA blood to the head):

MacDermott appears to acknowledge the murder of Detective Patrick McNulty

“I took a side, he took a side. He picked a side in this war, I picked a side. We were on opposite sides. He was not some sort of innocent, he had taken a side, you take a side in the war and you suffer for it. I don’t complain about my 15 years in jail, I don’t say “oh I’m terribly hard done by”, I took my side, took my chance and lost, I got caught. That’s my problem, that’s my decision. Someone who joins the RUC, they made a decision, somebody who joins the UDR made a decision, somebody joins the British army made a decision, so, I mean, you make these decisions, you take what comes. So you take your choice.”

MacDermott went even further declaring that he was waging war against the British state:

It appears to me that Eamonn MacDermott has in the Alonso interview voluntarily rowed back on his claim of innocence and has fully acknowledged his part in the murder of Detective Constable McNulty with the resultant question being – does he get to keep the £1M+ compensation for alleged wrongful conviction?

MacDermott and McCartney have both latterly acknowledged – since their successful appeals – membership of the IRA, charges that were annulled by the most merciful Supreme Court justices.

While Detective McNulty was murdered 43 years ago this week without any mercy, it remains an undeniable fact that RUC officers repeatedly arrested members of the IRA, and sometimes the same members of the IRA – even those caught in possession of weapons and/or explosives – and produced them alive to the courts, a degree of justice and mercy the IRA did not always award to its abducted victims. 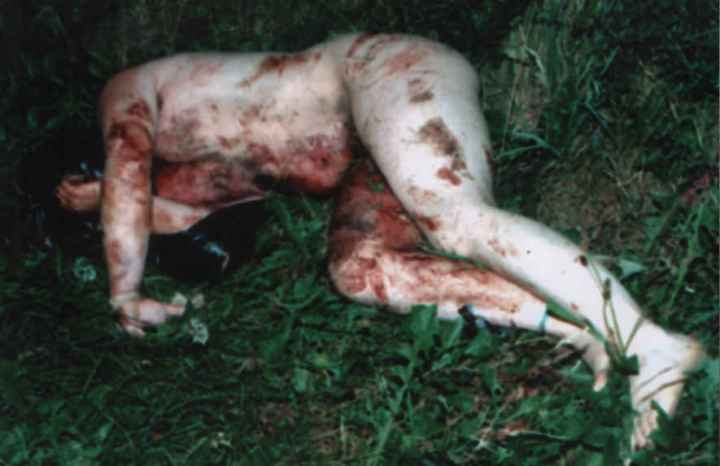 IRA victim, tortured, ‘executed’ and his naked corpse dumped at the Border

At a requiem mass for Patrick McNulty at St. Columba’s Waterside Chapel, Dr Edward Daly, Bishop of Derry said: “We all must take a share in the murder of Patrick McNulty. There is no such thing as a legitimate target”.

Note: Widow Pat McNulty, mother of two young boys, got a total of £17,000 in compensation for the murder of her Det. Const. husband.

If you can help the following project, all the better: